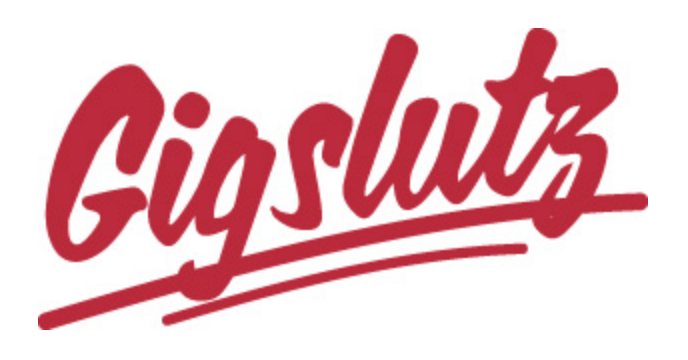 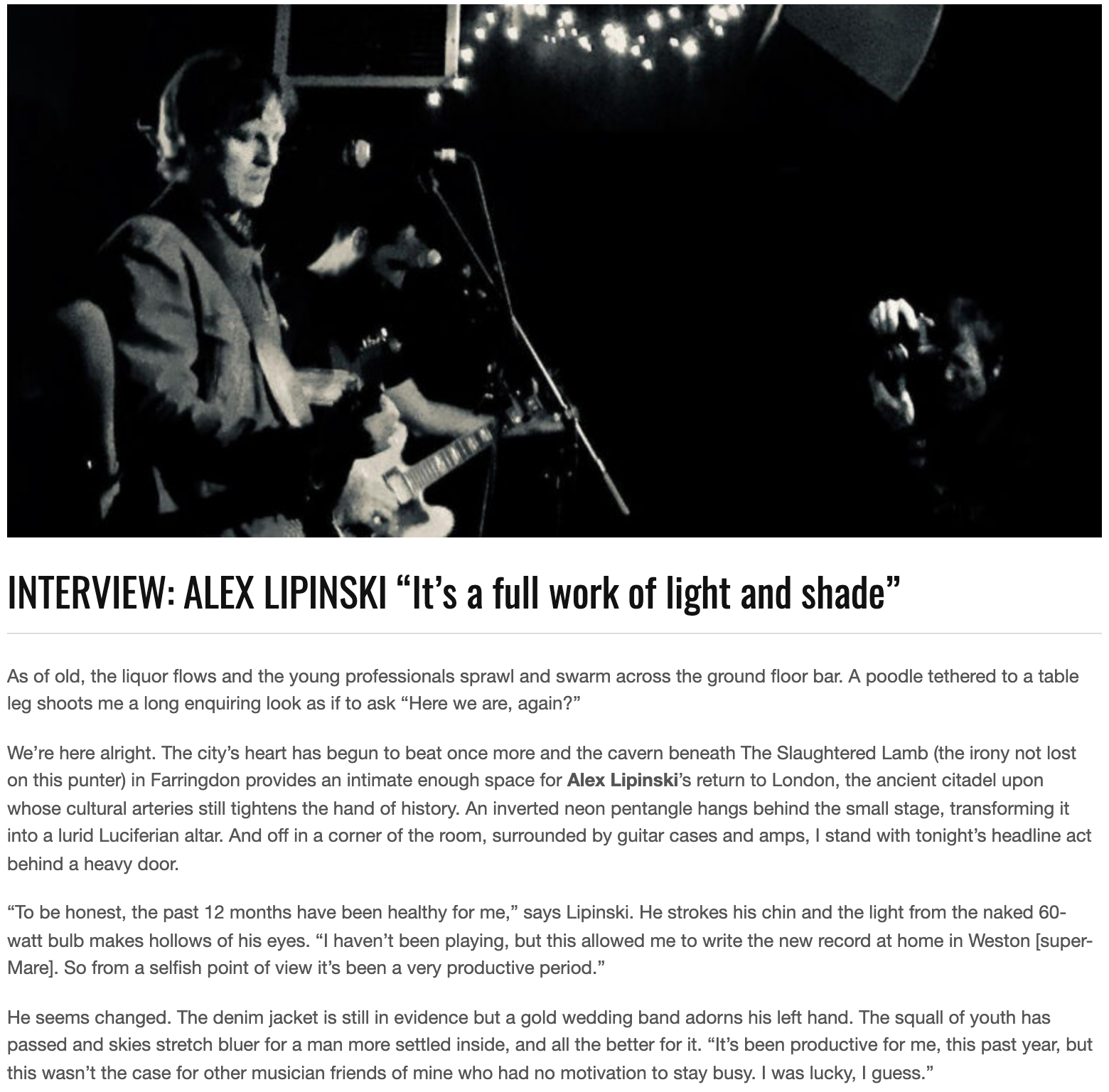 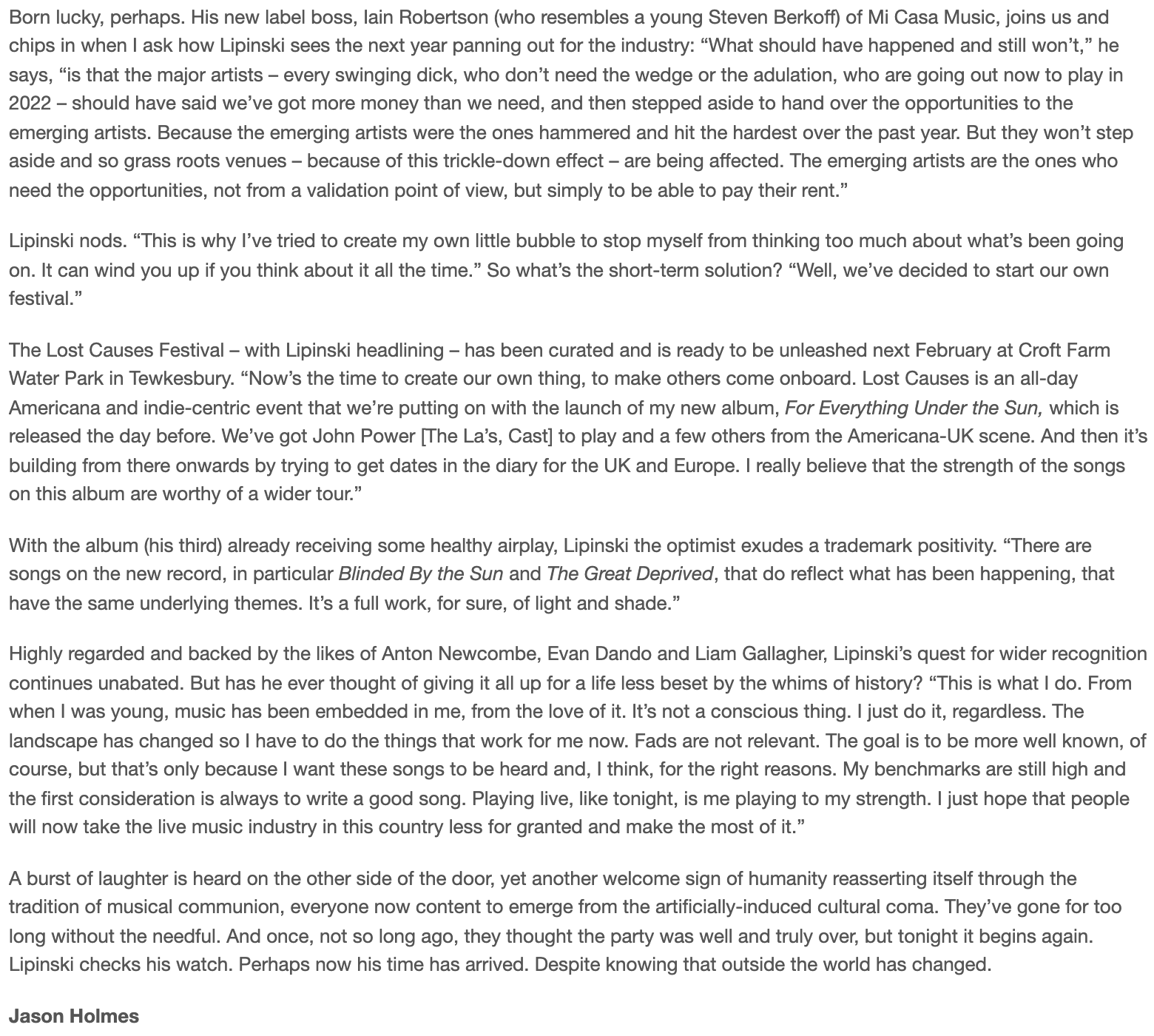 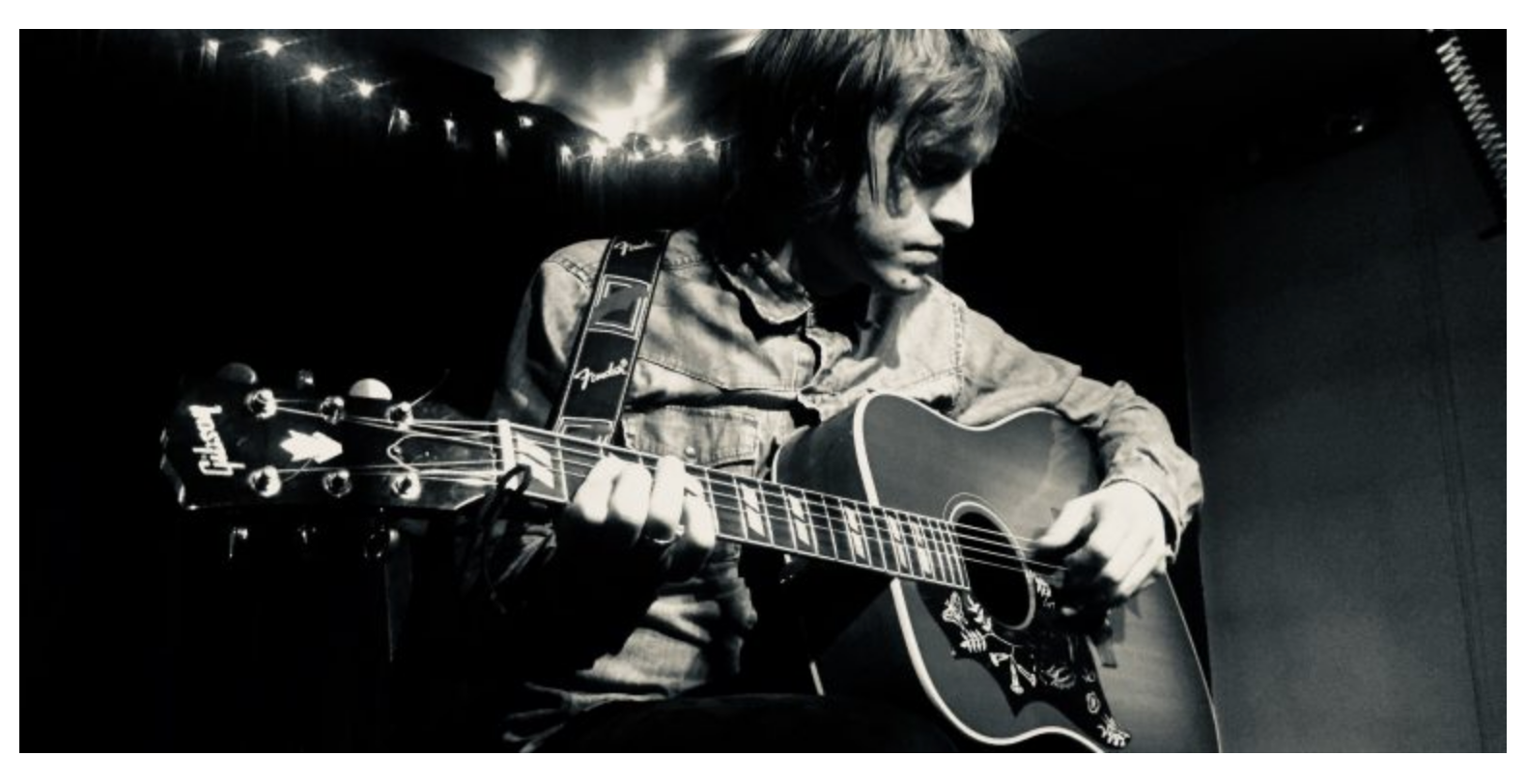 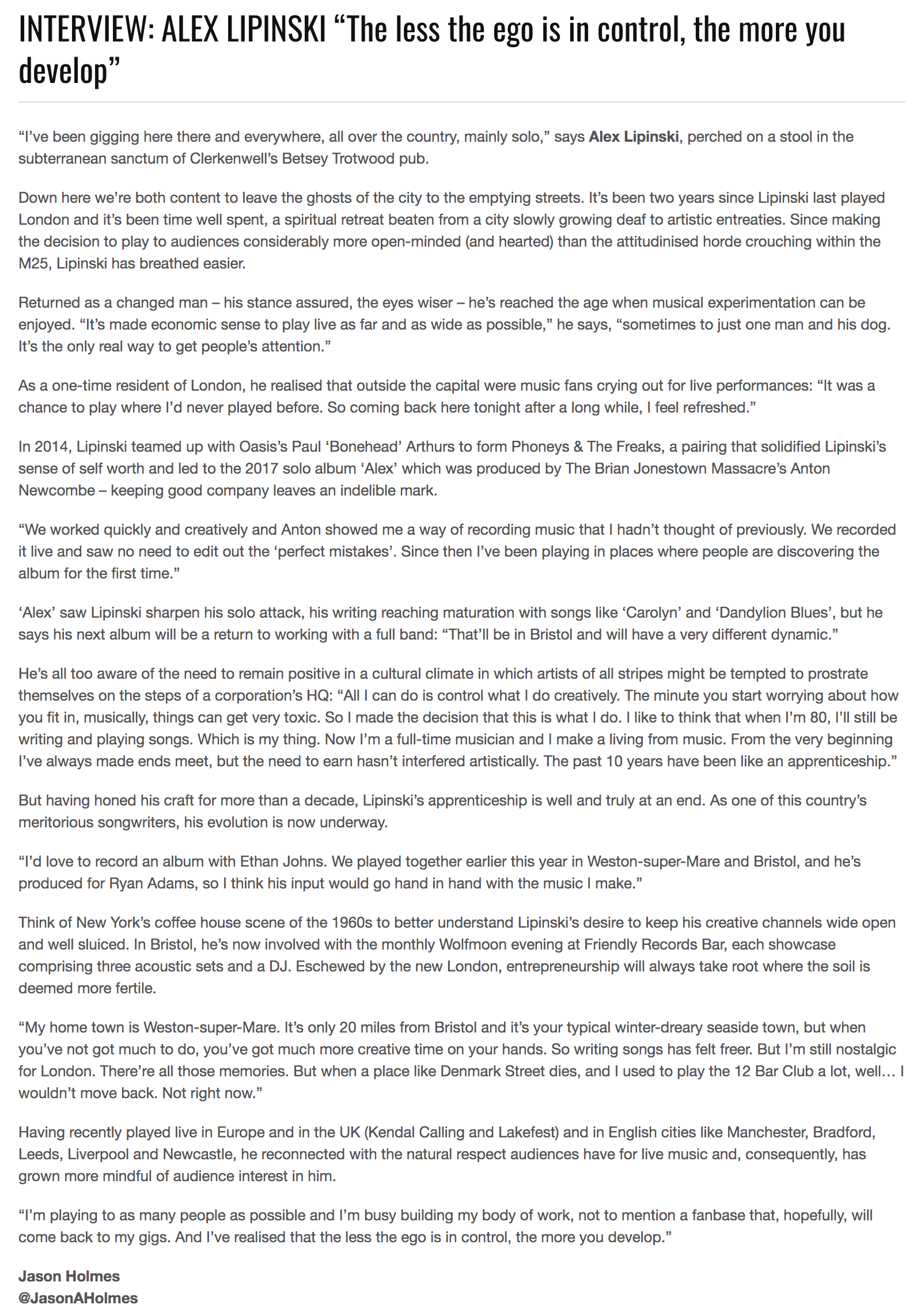 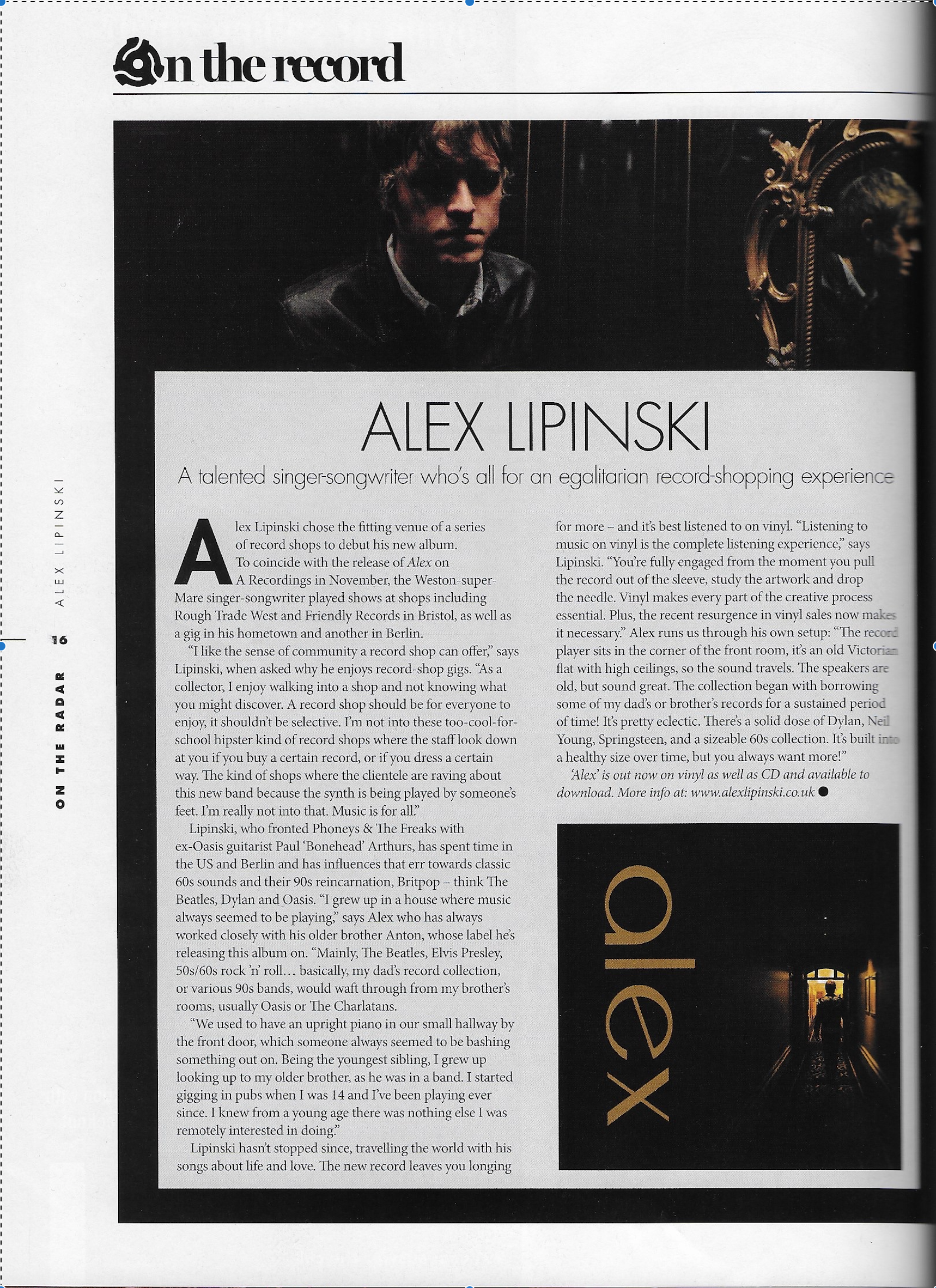 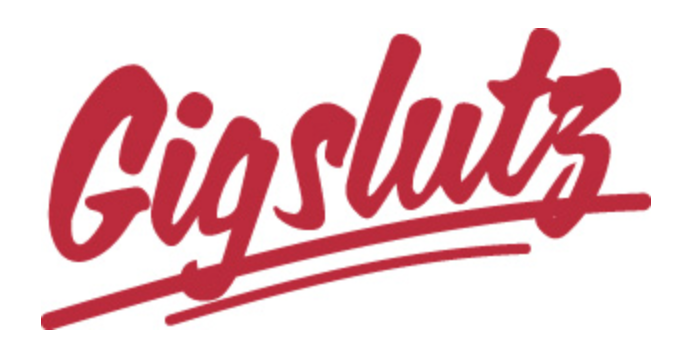 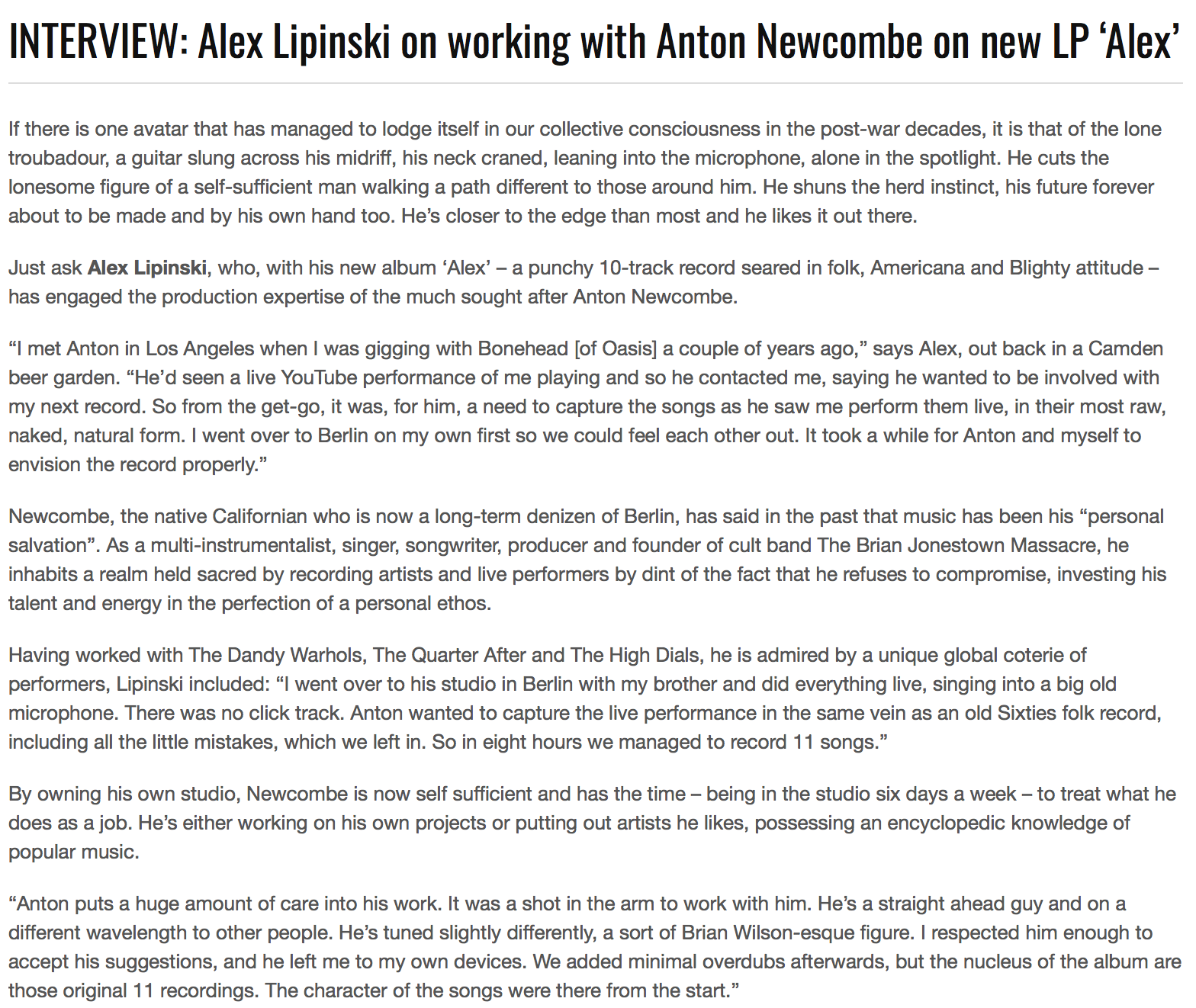 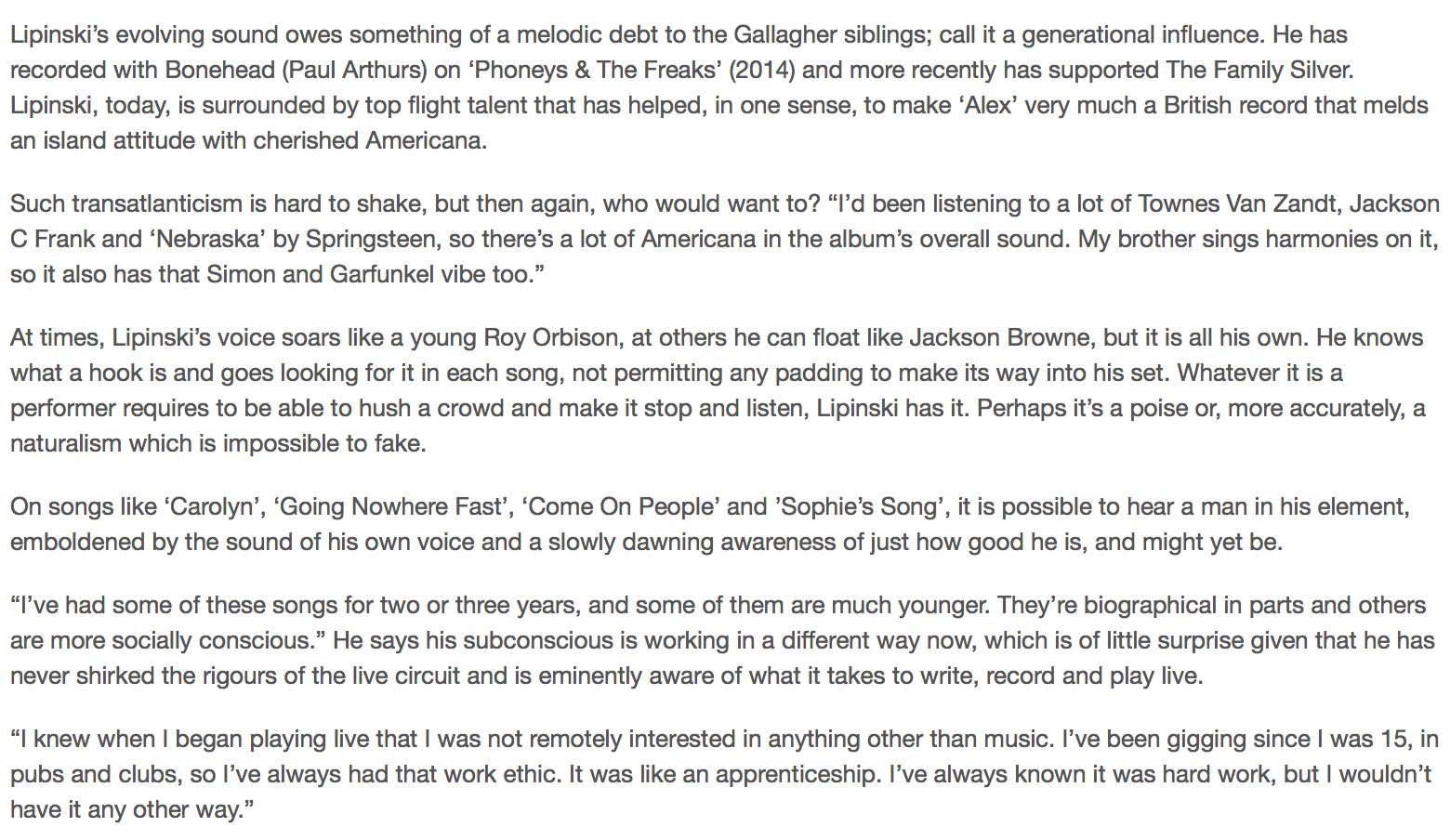 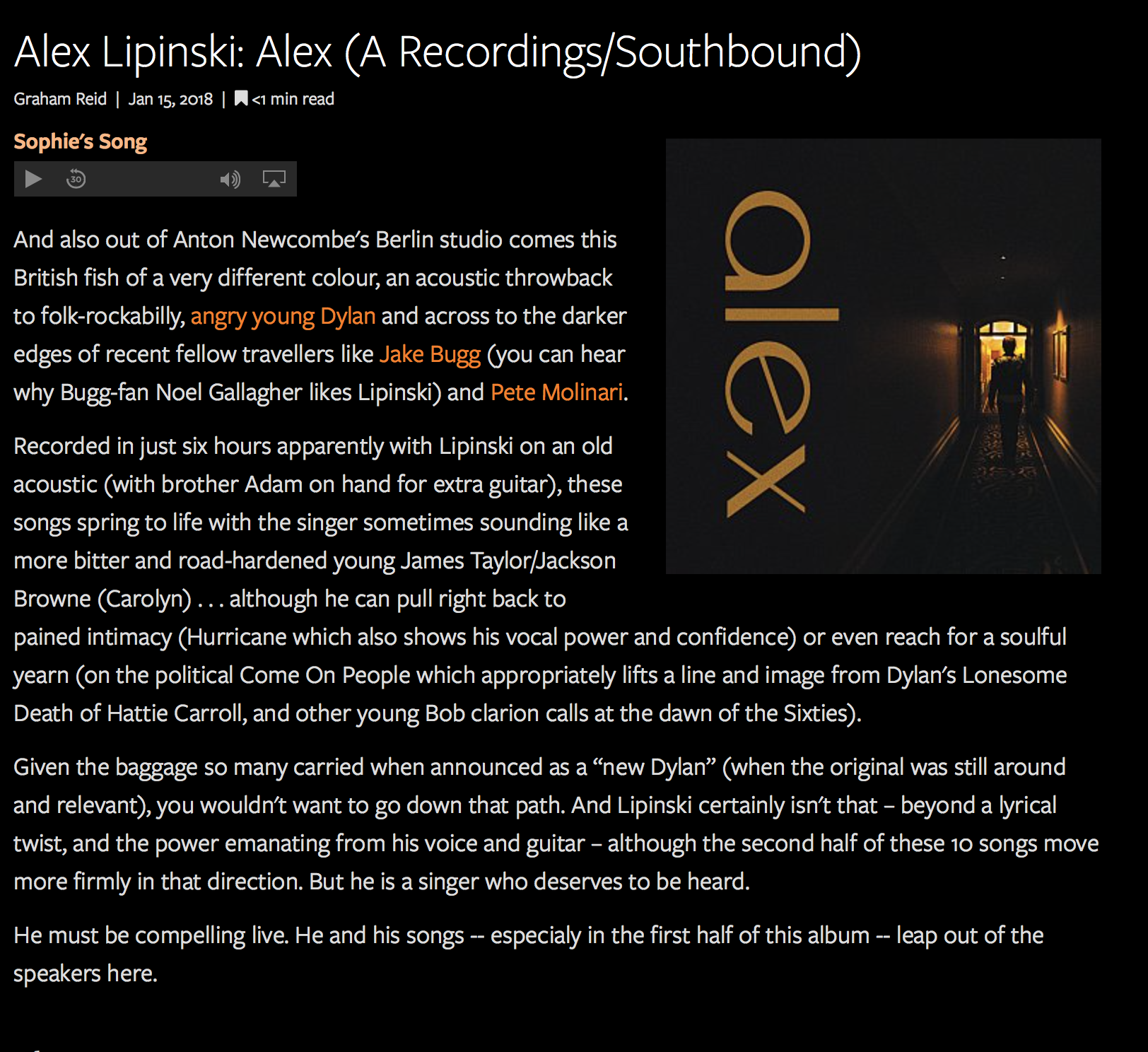 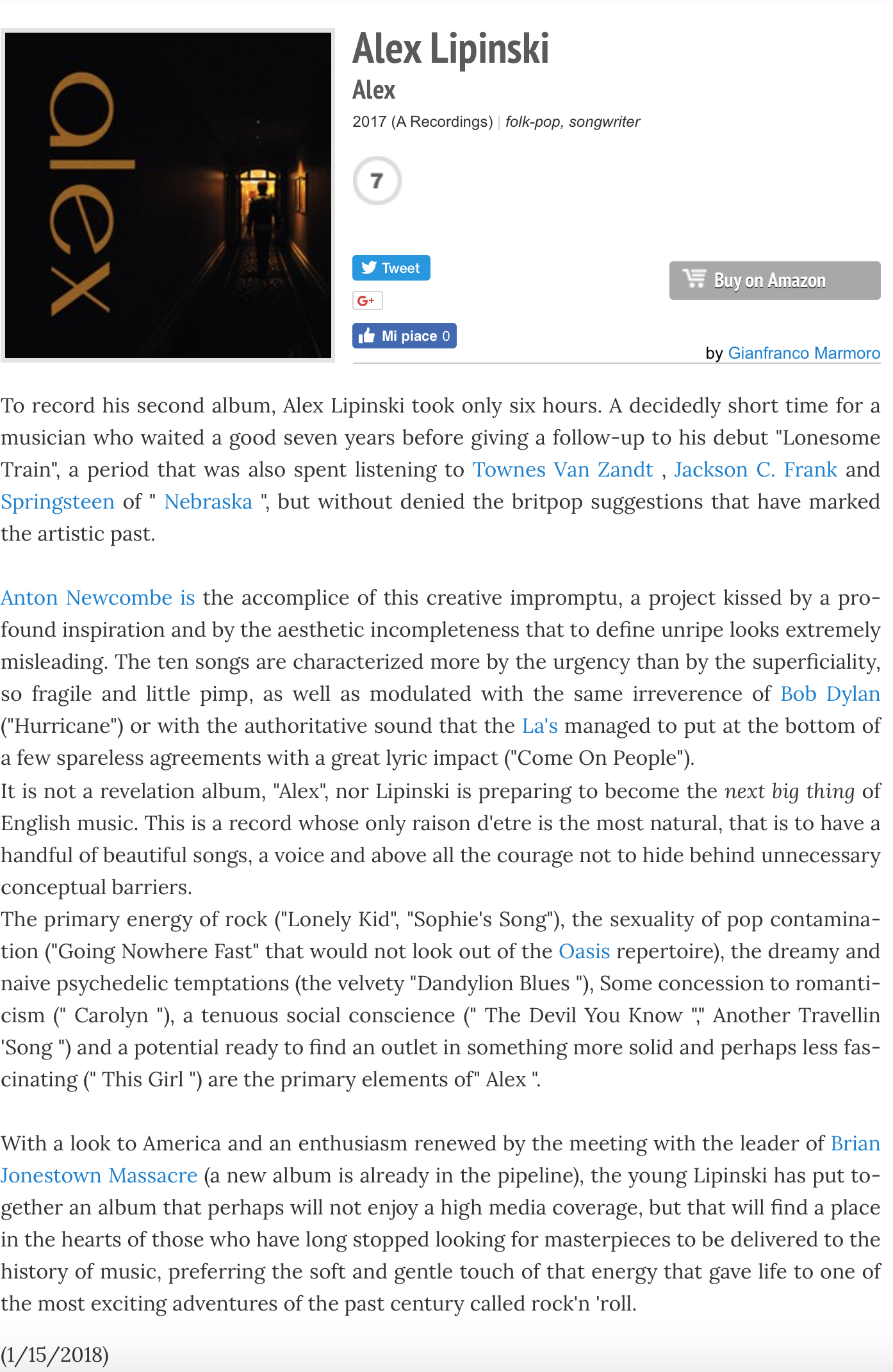 “Last heard with Paul “Bonehead” Arthurs of Oasis fame as part of their Phoneys & Freaks collaboration, Alex Lipinski returns with charity single ‘Lonely Kid’. Recorded at the renowned Monnow Valley Studios (Oasis, Charlatans & Stereophonics), ‘Lonely Kid’ is countrified guitar driven rock n’ roll and more infectious than the winter flu bug. The fast-paced track hits the ear like a whirlwind with the chorus echoing of Jake Bugg and hooking the listener immediately. The penetrating track is intensive throughout with the harmonica in particular setting up a tasty finale to a real stonker of a track. The video also features a cameo appearance from John Gregory, the former manager of Aston Villa. You may ask…why? Alex is long suffering supporter of Villa. The single is backed by acoustic track ‘The Great Deprived’ with the live, stripped-back song highlighting both the songwriting and colossal vocal range Alex possesses. Not surprisingly, Alex has picked up a few notable fans on his journey to date with Liam Gallagher and Steve Cradock being amongst those appreciating his talent. With a solo album recorded in Berlin and due for release next year on Anton Newcombe’s ‘A’ Recordings label, 2016 looks to be shaping up nicely for Mr Lipinski.” 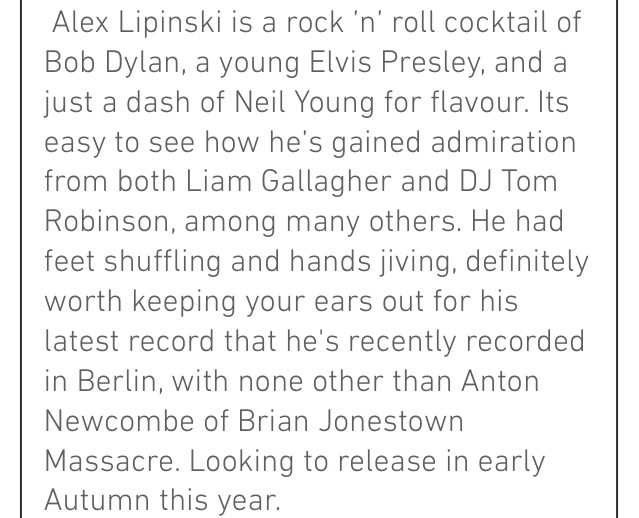 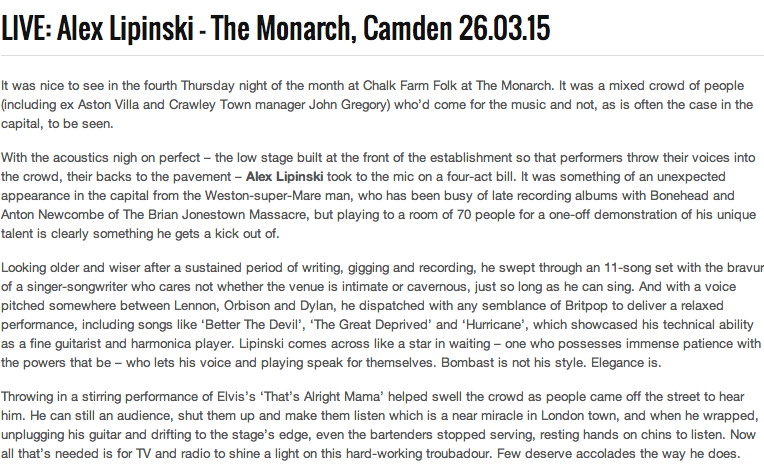 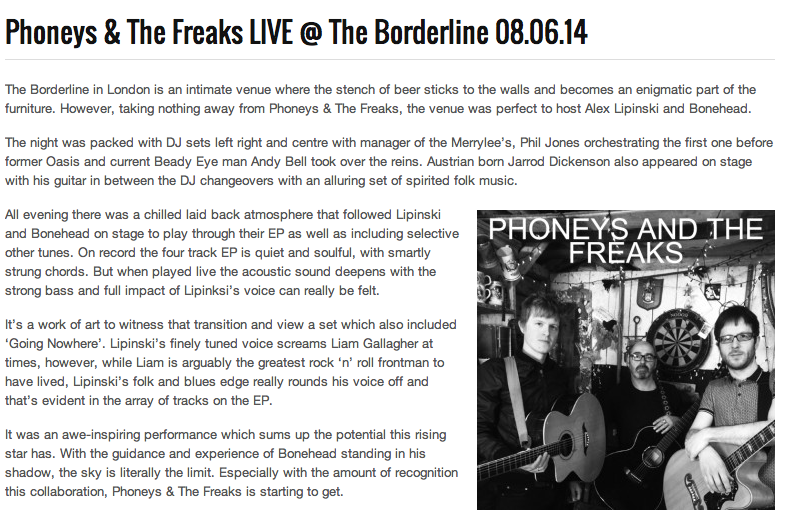 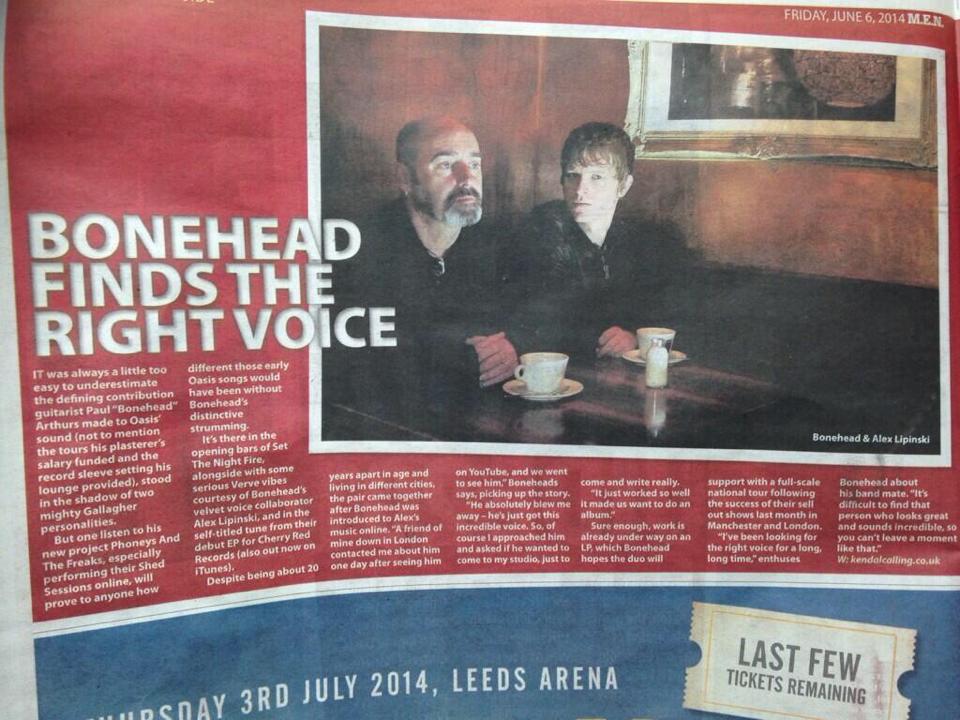 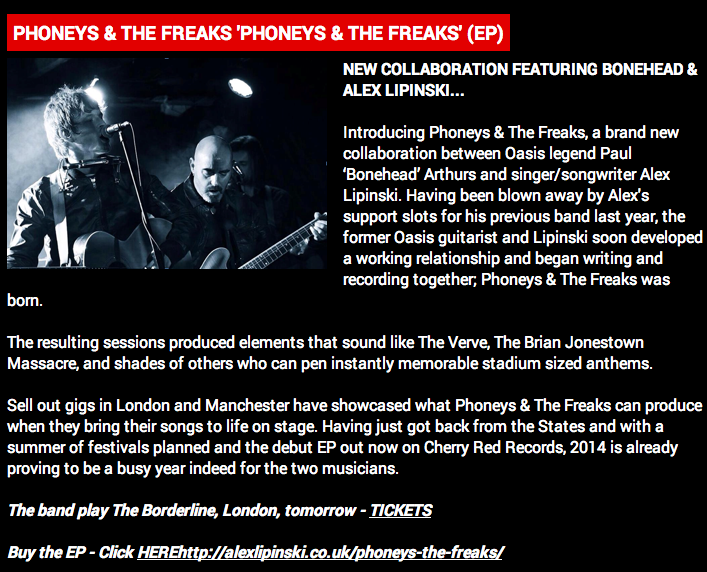 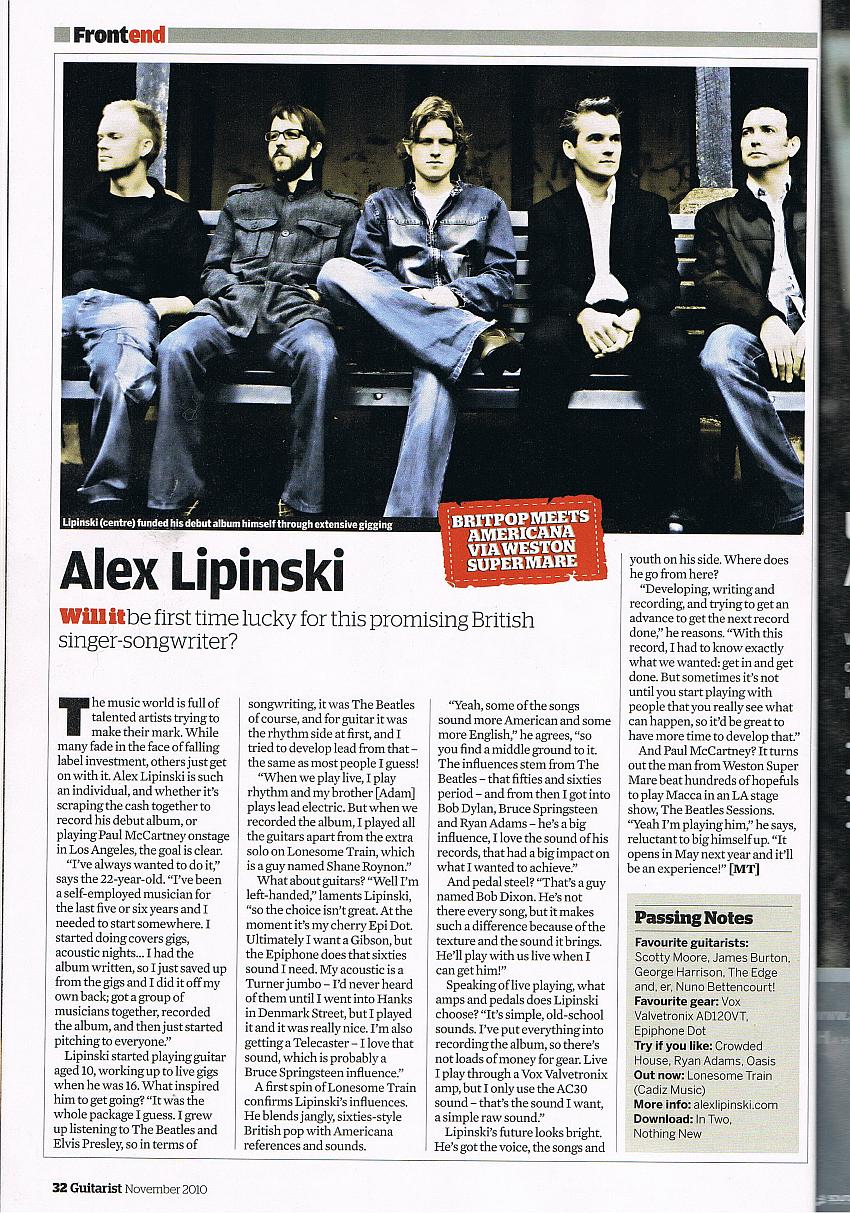 It’s so hard playing tricks upon my soul,” sings Alex Lipinski. It’s just one of the  touching lyrics on ‘Lonesome Train,’ the brilliant title song of his CD. Lipinski has a masterpiece of an album, here.
Immediately intoxicating is the opening track, ‘I Think You Know.’ “I asked her to love me/But she just faced the other way,” he sings remorsefully. Served up with compelling harmonies, swerving blues notes and the perfect blend of horn, this talented artist hits the spot, with this debut, every time.
An unexpected trumpet solo charms its way into the ballad’s outro. Singing, “I’m really really going to try to turn you on” and then, topping it off with a glorified and mournful howl, this artist really gives his all.
The broken-hearted, ‘In Two’ is lovingly strummed, poignantly sung and conveyed with a forceful warmth. “For the first time I’ve seen through your mirrored eyes,” Lipinski admits. “You’ll lay down your soul to read and I will pick it up and you will tear it all in two,” he bitterly concludes. This one is remarkably reminiscent of stellar Brit pop.
The tearfully romantic, ‘In My Arms’ consists of Lipinski’s graceful phrasing and dips into minor progressions. “I’ve seen love left behind/ Let’s make a brand new start,” he begs.
From the first breathy exhale of a blues harp,’Goodbye Lullaby’ is haunting. “My heart’s drowned in your potions/Swimming through the deepest seas,” he sings, with sheer honesty.
“Sometimes it’s hard to be a man who’ll pick you up each time you start to fall,” is another frank admission. But, finally, in anguish, he summarizes, “I’m sick of all these sunset stories?Water lapping at your feet.” The delicate musings of Bob Dixon’s pedal steel complement the yearnings.
‘When Will I Be Home’ is another earnest and simmering ballad. ‘Nothing New’ bristles with concern. “I know something’s not right/I think there’s a problem,” is clearly stated and the story unveils itself against mournful strums.
‘Grey Skies’ moves off in another direction. ‘Hey, lady, where you been?/Out with the fishes, learn how to swim/Iron curtains all around, military’s still in town.’ The song builds intensely and emotionally, verse by verse.
‘Lonesome Train’ is wildly fulfilling as a cauldron of country/blues and as an emotional epithet. ‘Into the Heart’ is cleverly simple and benefits from soulful harp.
The closing number, ‘Wish You Were Here’ entails all that is wonderful about this project.
The lyricism shines when Lipinksi sings, “Out in the darkness/Strewn amongst the fields with you.” He wraps his voice around choice chords, his tones shimmied to the echoes of the guitar; only a Swiss Army Knife could pry this pairing apart.
Lipinksi channels the best tones of John Lennon and Roy Orbison and makes them his own. His writing is crisp, confessional and superb. “Lips that taste of roses/Spring when she rises/Remember to bloom,” this singer-songwriter sculpts; he is the sole writer of the tracks. A fantastic instrumental outro, including Kerry Skidmore’s cello, Paul Shippey’s mandolin and Tim Sweet’s bass and Tim Price’s percussion top it off. ‘Lonesome Train’ is tremendously moving and proves that Alex Lipinski is beyond gifted.